Watch these instructions to embed your Knovio video into our blog.

When you are happy with your post click SUBMIT FOR REVIEW. Be careful, as soon as you have submitted your blog you cannot edit it any more.

The main character is America Singer. She has red hair, green eyes and is very beautiful. She and her family are fives, that means they are pretty poor. But then she gets picked by the Selection and everything changes…

I really recommend this book to everyone who likes love stories because it´s 90% romance. It´s very well written and I personally liked the ups and downs of the story. It´s also 10% civil war so not pure kitsch 🙂 It´s really one of the greatest books I´ve ever read…

If you like exciting, fantasy, love stories and thick books you have to read NEW MOON!

New Moon is the second volume of the series Twilight. In this book the love story of Bella and Edward goes on. If you don’t know the first volume at all then you can watch our video about Twilight!

As you already know Edward is a Vampire. Bella has no trouble with that extraordinary situation but maybe Edward? In the beginning Bella and Edward are in their best time. They spend a lot of time with each other and are the happiest people on earth. But then Bella celebrates her birthday at the Cullen’s and there she has a little accident and a little drop of blood drops out of her finger when the paper sliced her finger. Normally the Cullens are “vegetarians” and they drink only the blood of animals but one of them loses his control and the rest of the family have to save Bella from the ravenous, hungry vampire and at this point the trouble starts. Edward thinks it’s too dangerous for Bella to be with Vampires all the time so he breaks up with Bella.

For Bella this is the end but thank God Bella can count on her old best friend Jacob. He leads Bella through the darkest time of her life. Edward is gone “as if he never existed” this is too much for Bella and she tries to do reckless and stupid things like jumping off a cliff. Jacob tries to bring her back to ordinary but then he seems to have a much bigger problem. If you want to know what happens to Jacob and if Edward will come back you have to read NEW MOON!

There are two more volumes of this series they are called Eclipse and Braking Dawn. The author of this awesome book is called Stephenie Meyer.

by Laura, Leonie and Marion

Into the wild is the first novel of the series warriors. In this book cats play the main characters. There are wild cats who live in the wood and fight each other. Rusty the main character lives with humans but he decides to join one of the clans in the wood but there life isn’t easy for a houscat like him and there are many enimies. I like this book and I think it is very exiting to read and it is fascinating to read from a cat’s view.

The Story is about the character Skulduggery Pleasant, an undead magician and dedective, with his Partner Stephanie Edgley who goes by Valkyrie Cain, and numerous Magic-wielding allies as they try to prevent Nefarian Serpine from unleashing a weapon of terrible power on the world.

Watch this short video to find out how to create your first blog entry. You will need the following things:

Now you are ready to get started. Watch the short video and then do exactly the same. You’ll see — blogging is easy.

I forgot one little tip at the end of the video: If you want to preview your video before submitting it, click on “preview“. 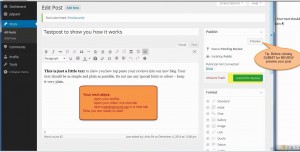 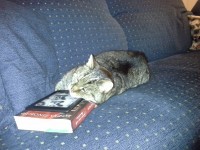 even my cat does…. 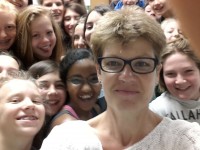 Dear 3b, This is your very own blog. Let’s use it to present your favorite books to the rest of the world. We’ll do this by posting a little video for each book. The easiest way to do this is by using eyejot.com. With eyejot you’ll be able to show … 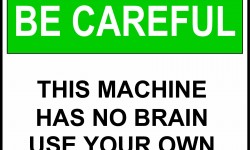 Dear students, Be aware of the fact that this blog is different from our Moodle course. This blog is public. Anybody will be able to see it — that’s what we want here. For this reason you’ll have to be very careful: Use your firstname, but do not share any … 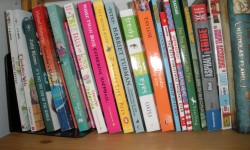 Our blog will look best if we start each entry with a picture of the book that we are presenting. Then add a few lines of text and your video. I’ll show you in class how to do this. It’s very simple, you’ll see. I’ll just add a test video …